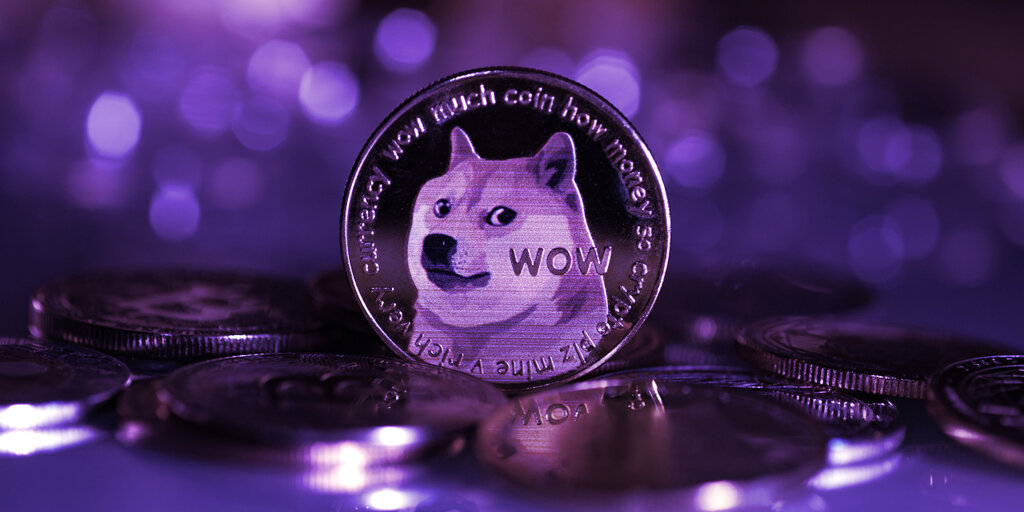 The two most striking conversations this week on the world’s largest microblogging platform were Elon Musk’s beef with Dogecoin co-creator Jackson Palmer and Ethereum creator Vitalik Buterin’s thoughts on a letter sent to Washington by crypto-skeptics.

On Monday, an Australian media Crikey published a interview with Palmer, who was promoting his new podcast, Griftonomics, when he got into the crypto industry.

“I wish this was the end of crypto, but it’s not” palm saidbefore turning to Musk: “He’s a con man. He’s selling a vision in hopes that he can one day deliver what he promises, but he doesn’t know it. He’s just really good at pretending to know.”

Palmer also said he wrote a Python script that would automatically detect and report spambots in a Twitter user’s mentions. The Dogecoin enthusiast Musk reportedly contacted Palmer and asked for the script, but, according to Palmer: “It became apparent very quickly that he didn’t understand the coding as well as he claimed. He asked, ‘How can I run this Python script ?'”

You wrongly claimed that your lame Python snippet gets rid of bots. Ok mate, so share it with the world…

My kids wrote better code when they were 12 than the nonsensical script Jackson sent me.

Like I said, if it’s so great, he should share it with the world and improve everyone’s experience with Twitter. If he does, you’ll see what I mean.

Jackson Palmer is a tool.

Palmer did not respond directly to Musk’s taunts, but he defended his spambot catcher in a later mini-thread.

I never said it was super complex, but this simple script definitely worked for catching and reporting less sophisticated phishing accounts around 2018… They have since evolved their tactics.

I shared it with many people and it worked for them. https://t.co/iKPFsYHXEG

Wednesday, the FinancialTimes reported that a letter signed by 26 anti-crypto computer scientists, tech bloggers and academics, including many alumni FANG employees, had been presented to US lawmakers.

The letter urges regulators to “take a critical and skeptical approach to industry claims that crypto-assets are innovative technology that is unqualifiedly good,” and asked them to “resist the pressure from financiers, lobbyists and digital asset industry boosters”.

Vitalik Buterin, creator of Ethereum seemed to respond to the letter in a tweet thread on Friday.

A big difference between the “new idealist movement” scene of 10-15 years ago and today is that back then it seemed possible to be on all the good guy teams in same time. Today, much more contradictory thinking and conflicts.

I tried to figure out.. where to go from here?

Buterin also said crypto fans are upset and confused that British-Canadian tech blogger Cory Doctorow is a signatory to the letter, because they had considered him an ally. In 2018, Doctorow delivered a Scheduled speech called “Decentralize, Democratize, or Die” at DevCon, the annual Ethereum developer conference.

As Cory mentioned, crypto was all about decentralization enthusiasts in the beginning, but now there are also different types of “money people”.

It’s an inevitable part of getting bigger. In non-financial movements as well, various classes of normies and often quickly scammers settle in over time.

Buterin also mentioned that he was unhappy with the amount of infighting in the crypto community. He suggested it was a byproduct of success, because as companies grow, they find themselves in more direct competition with each other.

One important factor is that all of these movements have *become much larger* over the past decade. When something is small, even if you don’t like it, it’s not a threat, so it’s easy to live and let live. When everything is big, more competition, therefore more incentive to report problems.

I guess the conclusion is that keeping peace and seeking cooperation should be an explicit effort rather than peace as a supposed flaw.

Axios’ Lachlan Markay provided a concise account of how Rep. Madison Cawthorn (R-SC), who is under investigation by the House Ethics Committee for a purported pump and dump system involving the piece “Let’s Go Brandon”, played the last 10 days of 2021.

Tweety is coming to Nifty’s! And that’s not all. 😉

We are in partnership with @Warner Bros. to introduce Looney Tunes: What’s Up Block?, a @LooneyTunesNFT program for the ultimate fan. There will be 10,000 Tweety avatars at $80 each and more characters coming soon! pic.twitter.com/a7pqsXf0NM

Also that day, blockchain sleuth ZachXBT wrote a lengthy thread about Animoon, an NFT scam that couldn’t be more egregious to anyone even dimly aware of recent pop culture.

Barry Silbert, founder of the Digital Currency Group (which includes crypto asset management giant Grayscale), has challenged a New York State Senate proposal to impose a two-year moratorium on all powered proof-of-work by fossil fuels. , calling it a “job killer”.

.@SenKennedy — we are one of the largest employers in Western New York with 150 employees in Rochester and building a massive second office in Buffalo. This moratorium bill is a job killer and sends a terrible message to crypto entrepreneurs. Please support innovation and vote no https://t.co/ON90oeYRbc

But State Senate Bill S6486D passed 36-27 Friday morning. He is now heading to the governor’s office. Kathy Hochulwho has 10 days to sign it or veto it.

Coinbase, following a $430 million loss in the first quarter, announced on Thursday that it would not only freeze hiring, but also rescind offers recently accepted by applicants. Recruitment firm Blind tweeted out a job offer letter, which promised recipients that the company would not rescind offers, and an email doing the exact opposite.

Coinbase sent a welcome email to new employees 2 weeks ago, promising that they would not cancel offers (1st image).

We have an ongoing referral thread to help those who have been affected 👇 pic.twitter.com/lIQe0ph4rk

And finally, Kanye West decided it was time to ask him about NFTs.

Want to be a crypto expert? Get the best of Decrypt straight to your inbox.

Get the biggest crypto news + weekly digests and more!