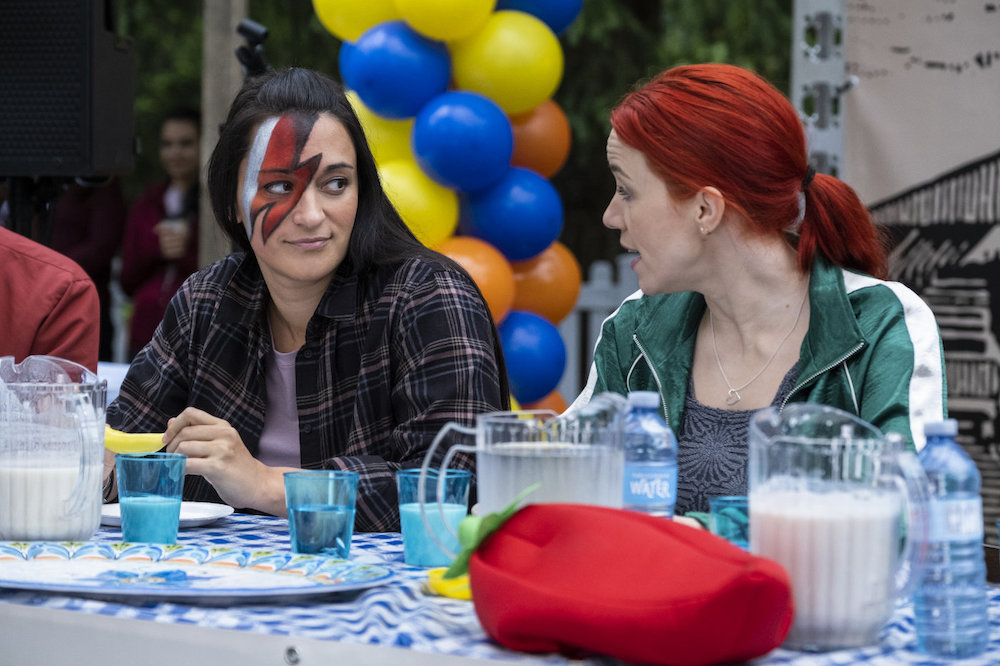 by SYFY Foreign resident has an abundance of great on-screen friendships, but if showrunner/executive Chris Sheridan were to pick one as his favorite, he’d have to go for the unbreakable bond between Asta Twelvetrees (Sara Tomko) and D’Arcy Bloom (Alice Wetterlund) .

“One of the reasons it was built so much this season was because of how [Episode] 8 completed. You see how 8 ends, and it kind of pits them against each other in this really crazy, dangerous, weird situation,” Sheridan explained in a chat with Resident Alien After-Show co-hosts Jackie Jennings and Juan Cadavid. He was, of course, referring to the alien baby, which is now loose in the town of Patience, Colorado. The showrunner continued, “You’re like, ‘Okay, now what’s going to happen? What does D’Arcy know? Will she know? They work really well together and it’s fun to watch them together. They had a sweet time in 205, burning the sweatshirt. There’s some great stuff.”

Speaking to SYFY WIRE ahead of the Season 1 premiere, Tomko also praised the friendship, saying, “I’m so glad she has a best friend like D’Arcy who’s here to pick her up. and remind her that it’s okay to be vulnerable and messy, even though it’s not something she’s told anyone. It’s a tricky situation.”

Interestingly, Tomko has a real-life friendship with co-star Meredith Garretson, who plays the mayor’s wife, Kate Hawthorne. However, the ironic part is that they don’t share any scenes together (they did shoot one together, but it was ultimately cut for time).

“I first chose Sara for Asta, then when we chose Kate, one of the names we came across was Meredith,” Sheridan recalled. “She was leaving New York. I knew that because Sara warned me… It happens all the time, you look at 75 people and [someone says], ‘Oh, my friend is going to audition.’ You have to choose the best person for the role no matter what, but Meredith was the best person for the role. And then I found myself knowing, “Oh, I’m pulling Meredith onto this show and she’s Sara’s best friend.” They were at each other’s wedding. It was something really special and magical and so it’s really a gift for them to finally work together.”

The first half of Foreign resident Season 2 (consisting of eight episodes) is streaming now on the SYFY app and Peacock. Be sure to check back with SYFY WIRE each week for more bonus content that takes us behind the show’s second outing!

New episodes of Foreign resident Season 2 should land this summer on SYFY.