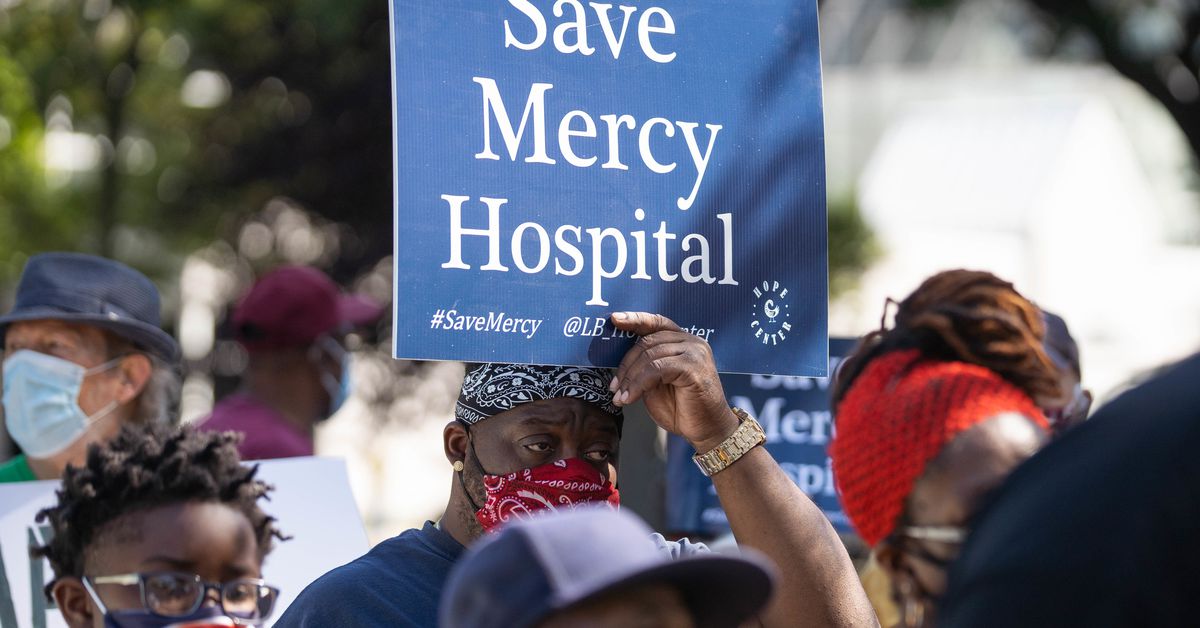 By: Eleanor A. Torrez
In: Creator Services
Tagged: united states
With: 0 Comments

In a scene worthy of the holiday season, Mercy Hospital was granted a stay of execution in December, when a state council unanimously rejected Trinity Health’s proposal to close the hospital.

But unlike a wellness movie where the credits roll after the happy ending, Mercy’s fate remains unresolved, a symbol of a lot of problems in our nation’s healthcare system.

After 170 years of serving the community, Mercy – Chicago’s oldest licensed hospital – was due to close in early 2021. Trinity Health, the hospital’s own health system, said the reasons were mainly monetary. He said the hospital was operating with loss of $ 4 million per month.

The makeup of Mercy’s payers reflects the neighboring populations of Bronzeville, Bridgeport, Pilsen and Chinatown, all communities that provide many of the city’s essential workers. Mercy accepts about 30% Medicare patients and 40% Medicaid patients. In contrast, other nearby hospitals accept around 28-42% health insurance and 8-34% Medicaid the patients.

Closing Mercy will not solve the structural problem of an unsustainable Medicaid payment model. Healthcare facilities that are treating a higher number of Medicaid and Medicare patients should be given additional funding rather than being allowed to go bankrupt and shut down. The burden of caring for these patients falls disproportionately on large hospital systems, as private providers are unable or unwilling to take on new Medicaid and Medicare patients.

The South Side of Chicago has come out strongly in favor of Mercy. The vote to suspend the closure of Mercy Hospital, by the Illinois Hospital Facilities and Services Review Board, came after about four hours of testimony from dozens of community members, activists, doctors and nurses – who all called on the council to reject Trinity Health request.

They told the council this The data repeatedly show: When we create healthcare deserts and make access to healthcare more difficult, we marginalize and disenfranchise communities and, disproportionately, people of color. We create atmospheres of alienation.

And, they said, there are real health consequences. As we saw during the early stages of the pandemic, what begins in a community does not stay there. We are all interconnected.

A question of values

The way we spend our health care dollars speaks volumes about our values ​​and priorities. For example, the $ 4 million a month that Mercy is losing seems like a lot of money until you look at McCormick Place, just two blocks away. During the first wave of the pandemic, McCormick Place was transformed into an emergency center, at a cost of $ 81.1 million, to accommodate a possible overflow of COVID-19 patients throughout the city. The facility opened in mid-April and closed on May 8 after serving a total of 38 patients.

From the experience of McCormick Place, you could say that Mercy’s monthly financial losses add up to the cost of caring for two patients.

Based on the McCormick Place model, Mercy’s losses reflect the cost of caring for just two patients per month. It might sound offhand, and COVID-19 has certainly brought its own complexities, but the history of McCormick Place shows that sometimes we’re willing to spend money – a lot. So why not at Mercy?

Mercy’s future remains uncertain. Trinity can appeal the board’s decision. And the hospital is still losing money. It is inconceivable that we cannot find a way to fund this vital and important institution. To shut down an established facility that has cared for a community for over a century and a half – and to do so now during a pandemic – would be wasteful and myopic.

The Mercy saga shows that we, as a nation, need to have a serious conversation about how to allocate health resources. And we need to take a more holistic approach to treatment and care.

Otherwise, Mercy’s good deed of caring for the uninsured will not go unpunished.

And those who bear the cost will be the least able to do so.

Payman Sattar MD, MS is Associate Professor of Medicine at Rush University Medical Center, Director of the Cardiology Catheterization Laboratory at Mercy Hospital in Chicago, and Public Voices Fellow with The OpEd Project.