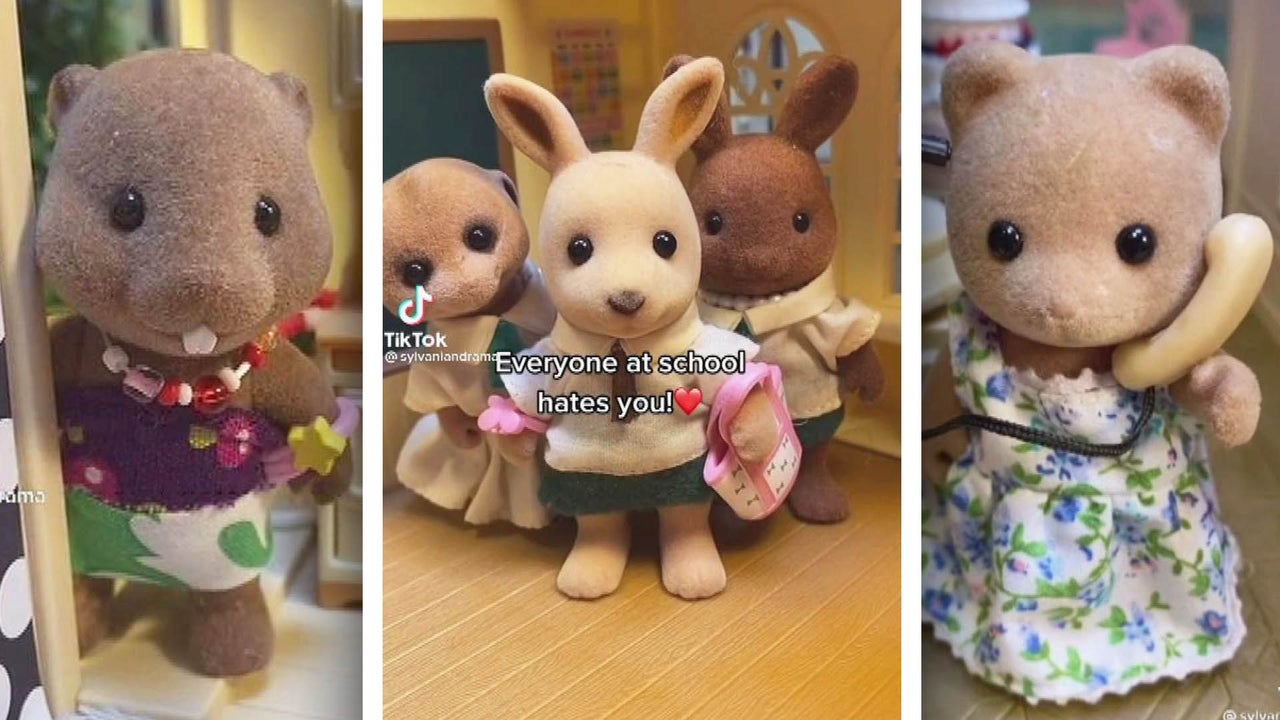 Thea Von Englelbrechten had no intention of her TikToks “Forest Drama” going viral. She originally made the videos using Sylvanian Families animal figures to joke with friends.

The Sylvanian Families, created by Epoch, a Japanese game company, were first created in 1985. In the United States, the miniatures are known as Calico Creatures.

But the internet had other plans regarding the Engelbrechten stories, and fans devoured each of the short stories, taking them on a wild ride in less than a minute.

She says they started last January because she was bored to tears at the start of pandemic containment.

“I had gone a little crazy,” she said. “And I remembered all the Sylvanians I had when I was a kid. I just decided to take them all out of the attic and put them in. I thought it would be so funny to do some TikToks with them and send them to my friends.

She said she makes up the stories as she goes.

“I usually know what the first line will be when I start the video, but I’m composing it as I go,” she told Inside Edition Digital. “I never really prepare them in advance because I think it would actually be less fun if I put more effort into them.

“It’s just my sense of humor. Well, I used to play with them when I was a kid, ”she continued. “Growing up, I think my sense of humor stayed the same. It’s really stupid, black humor. I think I invent them as I go along.

Now she has over a million subscribers on the platform and counting. But Thea says she never intended for her videos to go viral.

“No, the hashtags I was making were completely a joke,” she said. “One of them that went viral was #pizza. I was like, how does that even happen on the creepy page? You know what I mean?

“But I think the first one went viral, then people looked at the content, everyone else,” Engelbrechten continued. “I think that’s how it took off from there.”

Due to the subject matter of the video, users are constantly confused as to who exactly manages this account. Many also want to know his age. Englelbrechten is 20 years old.

Thea is studying multimedia at Dublin City University and says her goal is to work in film. “Yeah, it would be great if I could do it with real people, but Sylvanians are good right now,” she said.

And as expected, many requested longer pieces. And some wonder if maybe a series is in the works. According to Thea, that’s a possibility.

“I had a few networks and then a few kinds of management companies that manage writers, they contacted me,” she noted. “I guess now I just have to decide what I want to do or like which direction I want to go, but I’m very new to this whole industry.

“It’s a little hard to know what’s the right thing to do and stuff, but for now, I’m going to keep doing the TikToks, and I hope people still watch them.”