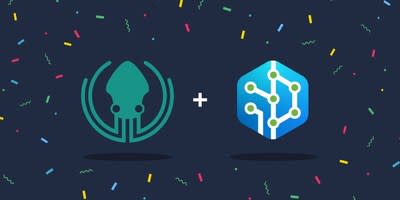 SCOTTSDALE, Arizona., September 21, 2021 / CNW / – GitKraken, the world’s most popular Git client, today announced that it has acquired BigBrassBand and its popular Git integration for Jira. GitKraken is already enabling 2.5 million developers at 75,000 companies to develop better code faster, making Git easier, safer, and more powerful to use in teams of all sizes.

GitKraken, the world’s most popular Git client, has acquired BigBrassBand and its popular Git integration for Jira.

With over 3.6 million users in 10,000 organizations, BigBrassBand Git Integration for Jira is the most popular paid app on the Atlassian Marketplace for integrating Git and Jira DevOps workflows. This acquisition brings together more than 6 million Git users worldwide and will open up exciting possibilities for developers and DevOps teams centered around Git.

Git integration for Jira combines Git data and workflows in the project and problem-oriented context of a Jira team, while GitKraken presents Jira issues and projects to developers in a very visual and intuitive Git environment. By leveraging GitKraken and the Git integration for Jira, teams using Git and Jira can now seamlessly switch between multiple developer workspaces while maintaining access to all information and actions in the Git repository they are using. need.

“Developers love GitKraken because it makes Git simpler, faster and more powerful for their development teams,” said GitKraken CEO, Wayne williams noted. “The acquisition of Git Integration for Jira allows us to further improve Git productivity for millions of companies that operate both Git and Jira. We look forward to continuing to expand and improve the capabilities of both products.

GitKraken’s Git client offers its users a Git GUI and powerful CLI to help software teams of all sizes onboard new developers to Git by providing robust integrations with GitHub, GitLab, Bitbucket, Azure DevOps, Jira and Trello. GitKraken’s intuitive interface showcases all of the powerful features that are otherwise difficult to leverage in Git and makes it easy for team collaboration around Git tasks.

“Teams rely heavily on Git to manage all aspects of software development, and Git Integration for Jira provides visibility, accountability and automation to all Jira stakeholders, regardless of technical know-how,” said the CEO of BigBrassBand, Adam wride, “Joining the GitKraken team will allow us to deliver even better Git productivity to individual developers while coordinating with teams to achieve their goals. “

Git Integration for Jira helps development teams integrate any version of the Git repository, as well as popular hosting services GitHub, GitLab, Azure DevOps, AWS CodeCommit, Atlassian Bitbucket, and Gerrit, into Atlassian’s Jira platform . It is supported on Jira Cloud, Jira Data Center and Jira server, and it meets the highest standards of the Atlassian Marketplace.

The company will further increase its investment in both products to serve its large user base around the world. In fact, today GitKraken and Git Integration for Jira both released new features for developers, testers, product managers, and project managers. These new versions allow for seamless two-way transitions between the desktop client and Jira.

These two cutting-edge tools joining forces mean the future of Git-driven development will continue to be faster, easier, and more powerful. Developers and Agile DevOps teams can expect their experience working with GitKraken and Git Integration for Jira to continue to improve, enabling even greater Git productivity.

Developers can download GitKraken for free Where start a free trial of Git Integration for Jira.

About GitKraken
GitKraken is a Arizonasoftware company based in Scottsdale, Arizona, and EU offices in Spain. It is the leading provider of Git productivity and collaboration solutions for Agile DevOps teams in companies around the world. GitKraken is used by 2.5 million developers from over 75,000 companies. The company was founded as Axosoft in 2002 and in 2020 made a strategic capital investment from Resurgens Technology Partners, a private equity firm that focuses on high growth software companies.