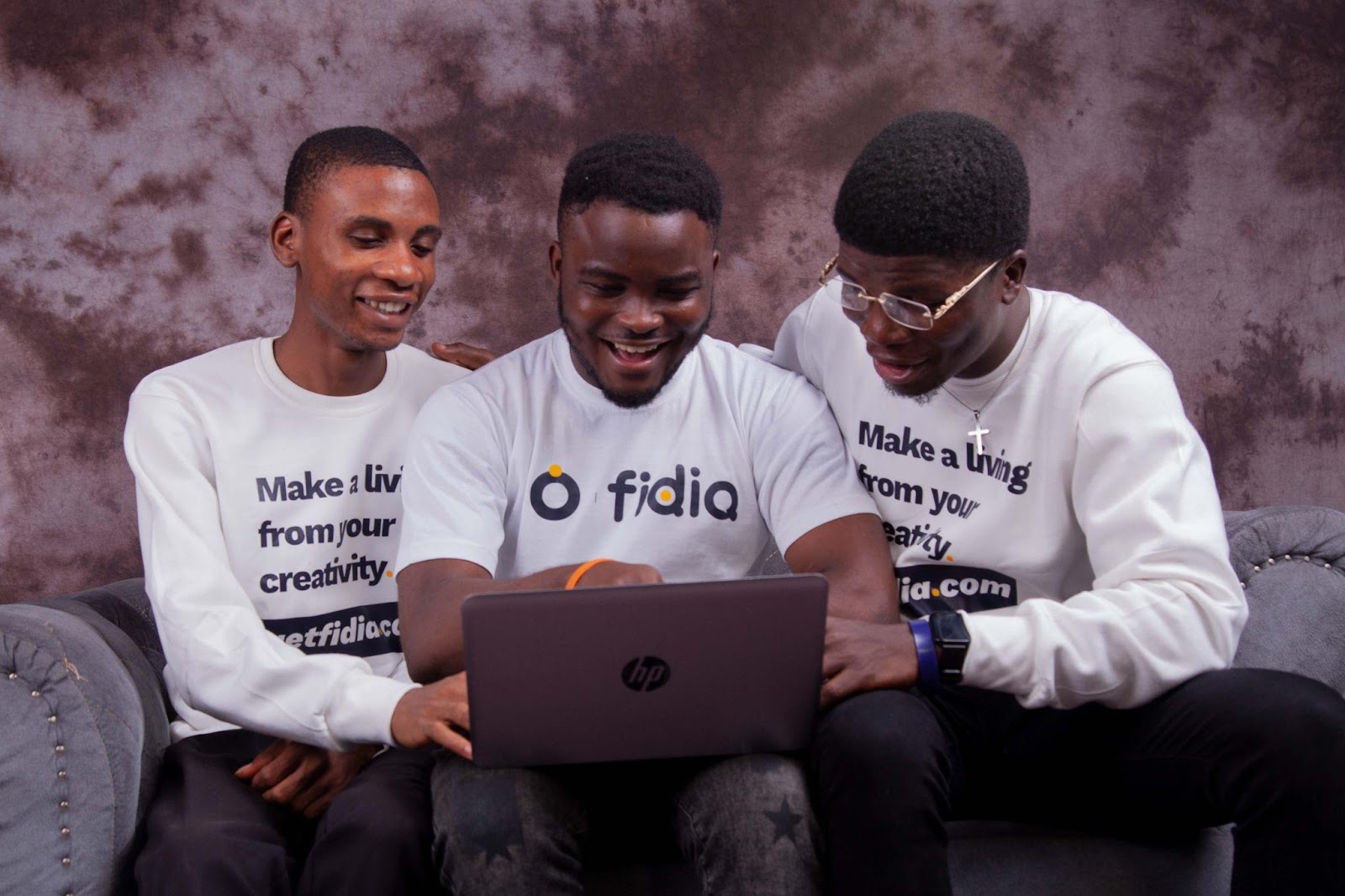 Fidia ushers in the long-awaited revolution in the creator economy.

These three Nigerian designers Solideen Ogunsola, Gbadebo Bello, and Ajibola Akelebe have actively created digital content that people have used around the world. Solideen Ogunsola is a product designer who writes his design ideas, creates design templates and publishes them online. Gbadebo Bello, software engineer, expresses himself and the whole technical approach in his articles, which thousands of people have read. To finish, Ajibola Akelebe considers himself a creative visual and brand designer with a proven track record in creating digital content. These creators all had one thing in common: they all created content that reached global audiences in their respective niches. They also shared a stronger bond – the desire to monetize their creative works without their location being a restriction.

Fidia began due to the bond these three creators shared, which led to research being conducted and other creators being contacted to confirm the severity of the issue and gain insight. This whole journey culminated in the creation of a long-term solution, which is now known as Fidia.

With the number of startups, tools, and new creators coming out on a regular basis, the exponential growth of the creator economy has never been in doubt. Due to the presence of startup giants aggressively building for some creators in this space, the monetization of creators is not completely foreign. With “some” highlighted in the previous statement, this begs the question of who are the unsupported creators in the creator economy, and why are these creators unsupported.

One thing to keep in mind is that this emerging market has not been intentionally isolated, and the individuals building in this space have been generous enough to make their platform as accessible as possible. But the infrastructure on which these platforms are built is the main limitation. These structures unintentionally exclude a larger portion of emerging market creators from using these monetization tools, and since Stripe and Paypal do not operate in most parts of Africa, platforms built on these payment frameworks exclude local creators. With African creators based in Africa representing a significant portion of the creator economy, the next best option is to create a platform that is more generic and does not have the limitations of other platforms. Fortunately, several platforms have emerged, but Fidia is one that could have a lasting impact on creators and bring about the long-awaited revolution.

Remember the link shared by Solideen Ogunsola, Gbadebo Belloand Ajibola Akelebe – the desire to monetize their creations without their location being a constraint. There was a merger of interest between the three founders which led to the design of FidiaSoliudeen Ogunsola, the chief executive, described Fidia as “a one-stop-shop for creators to make money from what they love to do.”

“Imagine a place where creators can monetize their passion,” Soliudeen deduced, “It’s Fidia!”. Gbadebo Bello, the CTO and co-founder of Fidia, explicitly stated in an article that “Fidia provides creators with a suite of toolkits aimed at empowering them”. and that “Fidia’s goal is to help creators make a living from their work”.

These statements bring us to the solutions provided by Fidia, which consist of unique offerings that address most of the challenges faced by creators.

Fidia intends not only to provide tools to creators, but also to explore other avenues of support for creators and their creative enterprises. With major plans underway to support creators financially, these offerings are just the beginning of what this organization has in store for the future. Although the founders’ hopes for the creator economy have not materialized as it is still a work in progress. We can still imagine what this revolution will look like in the years to come, with many new platforms being built aggressively and Fidia taking a step further by building not just for creators to make money, but for that they present their creative works and develop their creative enterprises. . This clearly demonstrates that no creator level is left out and that the platform is as inclusive as possible. It’s safe to say that the future for the creator economy is bright and the long-awaited revolution may be just around the corner.