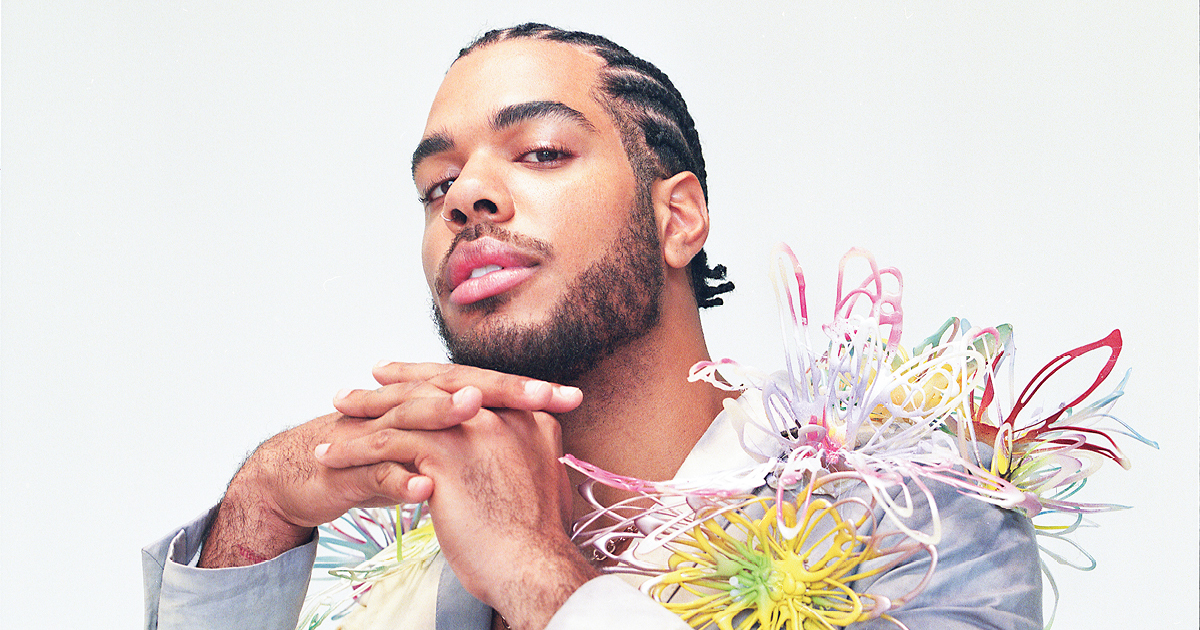 Donté Colley is a dancer, content creator, and celebrity we all need

On a cool, cloudy Saturday in July, I’m at a block party downtown with Donté Colley, the 24-year-old dancer and digital content creator prodigy. The party is for the opening of a new dance studio and in cinematic form a figure has formed in the parking lot with freestylers throwing moves into an impromptu battle. Donté’s arrival is causing a sensation; it brings out the sun, both literally and figuratively. There are lively presentations from admirers, big laughs and friendly punches from friends. To the sound of the DJ’s heavy bass lines, I have the pleasure of hearing several of his peers effusively praise his work and share their pride in his success.

I have known Donté for a long time. I met him ten years ago at his mom Leeanne’s nail salon in Toronto, Tips, and now he’s like a member of the family. I too am amazed by his accomplishments. He attended the Wexford School of the Arts in Scarborough, but is largely a self-taught talent, having honed his craft by watching dance videos online and investing in thousands of hours of practice. “At first I wanted to be part of this [formal training] process, but I never felt out of place, ”he says. “Going to dance class for the first time and being the only black kid in a group of white girls who were like, ‘Who is this guy? You think… “What’s wrong with me?” What did I do?’ From that point on, I decided to write my own rules.

Donté has an incredible ability to connect with an audience through a camera, becoming famous thanks to his viral wellness videos full of playful graphics and motivational messages. But when he’s on an IRL dance floor, he’s personified. I have seen him at parties with the crowd around him lit up like sparklers, cheering his name. “I feel most connected to myself when I dance,” he says, reflecting on the enormous amount of energy he receives – and gives – through his art. “Wherever I feel unbalanced, dancing brings me back. It’s something that I love and it’s something that no one can take away from me.

With an eclectic, colorful and confident sense of style, Donté has built a fiery and one-of-a-kind image. His work is tied to a commitment to staying true to himself and creating with that heart note in mind. His videos made people feel recognized, seen and hopeful, and opened up huge opportunities. He has appeared in music videos with Ariana Grande, Chlöe Bailey and Doja Cat, and he counts Will Smith, Jennifer Garner, SZA and Rihanna among his famous fans. This fall he danced inside the Metropolitan Museum of Art with VogueAnna Wintour for the Met Gala. Most recently, he became ambassador for the contemporary jewelry brand Pandora as one of the faces of his Pandora me campaign.

With this latest partnership, Donté’s fashion influence grows. It looks like a natural fit: Pandora ME offers pieces meant to be mixed and matched to suit your personal style. “[The collection] allows you to be more expressive, ”explains the modern master of self-expression. Donté stars in the glowing campaign alongside other Gen Z stars such as Addison Rae, Beabadoobee and Charli XCX. How does he think his generation is different from those of the past? “My generation feels like it doesn’t matter if everyone is vibrating with you,” he says. “You are going to find your community, you are going to find your people. Donté thinks that the impact of the internet and the ability to build an audience based on your own story is extremely powerful. The same goes for the aspect of being able to find those of your ilk with one click.

Dont has its people, over a million of them on TIC Tac and Instagram combined. But with that comes a level of pressure to constantly create and meet the expectations of his followers. “It definitely adds a layer of anxiety to your art,” he says, adding that he’s no longer afraid to stand up against other people’s demands on, for example, how often he posts or what topics. ‘he shares. “Without [boundaries], this is self-sabotage. I had times where I had to throw my two away and take the time [out]. If I need to be the best version of myself to create, perform, or entertain, I have to be ready.

For the future, Donté still focuses on dance, performance and the elevation of his art. He wants to do more acting and, of course, he’s ready if or, more likely, when Beyoncé or Rihanna call him to go on tour. “It will be an ongoing process of doing my best and having fun,” he says. “We all have to remember that. The recipe is to keep making yourself.