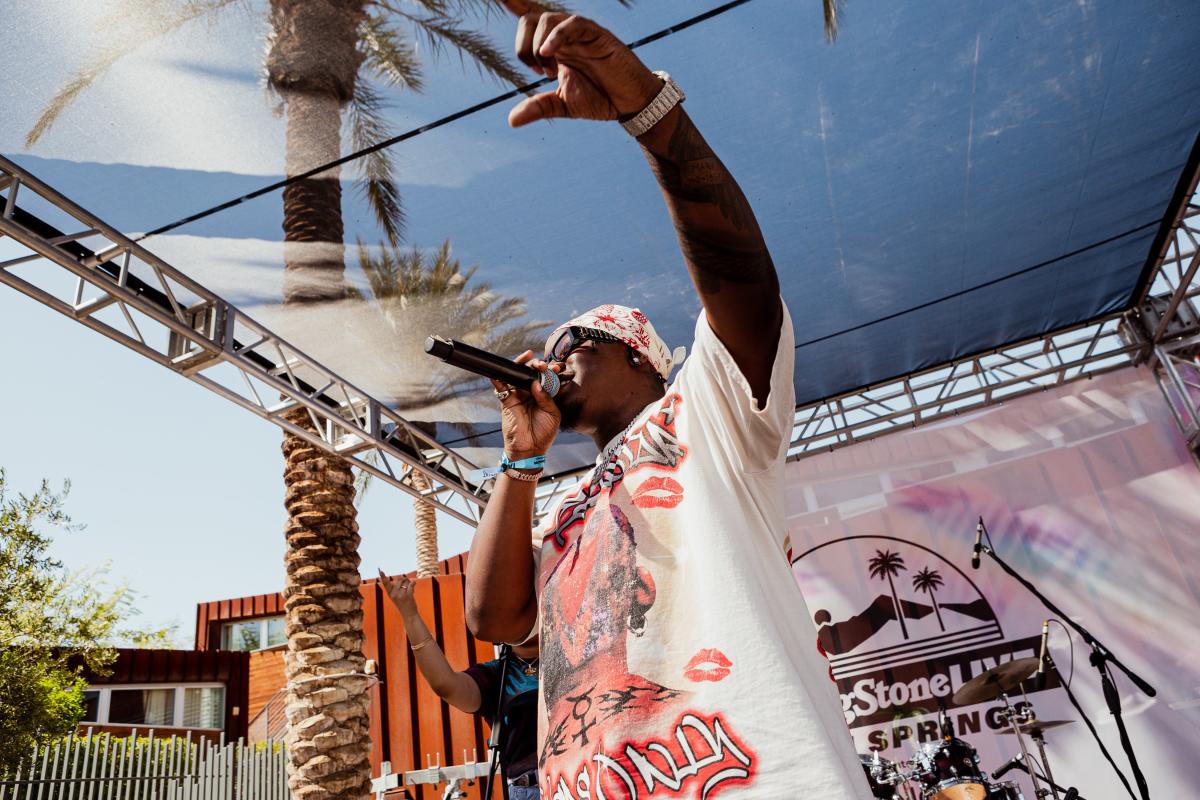 Blxst presents “No Love Lost” on the Creator House stage

Few things blend more perfectly than an afternoon spent by the pool, flowing mezcal and the warmth of Blxst’s nostalgic R&B-tinged production. On April 16, the Los Angeles native proved it when he took the Creator House stage to deliver a series of hits from his critically acclaimed quarantine care package, No Love Lost.

Once the sweet guitar notes of “Wrong or Right” enveloped the pool deck of the ARRIVE Hotel, the audience moved closer and closer to the stage. For those who knew Blxst before the Meta-sponsored party, this was probably the last chance they’d have to see him play handy before his rising profile kept him from such intimate scenes. For revelers who were new to the fan club, a collective “eureka” moment ensued as they were finally able to put a face to the lyrics they had no doubt heard at parties, barbecues and on Instagram Feeds. throughout last summer.

As Blxst swept through fan favorites like “Searching” and “Got it All,” the crowd’s energy grew along with their responsiveness. Blxst capitalized on the moment by cajoling their day one fans. “How many of you know No Love Lost word for word?” he probed. On command, those closest to the scene answered the call with a joint cheer before Blxst responded in kind by releasing a personal NLL favorite, “Be Alone.”

Once the velvety sample, taken from Aaliyah’s classic “I Don’t Wanna,” sounded, the audience gathered in two collective stages. The song is a perfect example of what makes Blxst’s sound so infectious. The moment he put his West Coast contemporary twist on a 90s classic, the resulting record is guaranteed to tug on your heartstrings and get your feet moving in one fell swoop.

But that doesn’t mean the strength of its catalog lies solely in the samples. For their next round, Blxst hopped into “Gang Slide,” an all-original track that sent the crowd from steady cheers to a resounding scream once the song’s opening synths blared from the speakers. From there, the crowd’s choice became binary. Those consumed by the moment danced, while others decided to commemorate it, forming a wall of cellphones near the front of the stage to share FOMO-inducing IG stories.

As the daytime set came to a head, Blxst relied on some of the strongest tracks from his Billboard-charting breakout project. On “Pressure,” he delivered a rare but welcome rap verse, kicking off the section with a bar that has taken on a life of its own since the release of NLL’s deluxe edition. “Ayy, I haven’t heard a single bad Blxst song.”

At this time, her confidence could only be matched by her background vocalist, Cheyenne Wright. Positioned just behind Blxst’s right shoulder, she delivered a jaw-dropping series of runs on the song’s hook and, for a moment, stole the audience’s gaze. Even Blxst took the time to bask in her vocal exploits, calling out her name before taking center stage again to move into the show’s final stage.

To bring it home, he opted for the airy bounce off his Ty Dolla-assisted hit $ign “Chosen.” The crowd was back in motion and the perfect poolside ambiance was restored. Blxst gazed at the crowd from behind his Palm Angels sunglasses with the look of an artist who has mastered his craft, even if he’s just getting started. Throughout his 25 minute set, one thing became very clear; there are plenty of Coachella weekend performances to come in Blxst’s future, though the stages are undoubtedly much bigger.

He takes over from Destiny Rogers and will star in future episodes of Behind the Creator. Fans will catch a glimpse of behind-the-scenes moments leading up to the melodic rapper’s Rolling Stone Live performance as part of our daily series Reels launching at SXSW in partnership with Meta. Don’t miss the first Behind the Creator episode with Blxst on Saturday, April 30.

The best of Rolling Stone