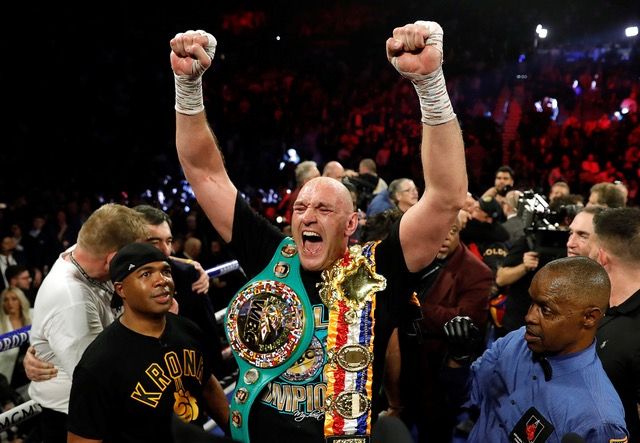 Backed by world heavyweight champion Tyson Fury, a new creative app, MY AAA, has been launched.

The app, aimed at responsible content creators, launched yesterday, ahead of the British boxer’s trilogy fight in Las Vegas with Deontay Wilder on October 9.

The app is a subscription-based social network that seeks to build stronger connections between content creators and their audiences. For a monthly subscription, the app provides behind-the-scenes access to musicians, podcasters, sports stars, celebrities, artists, actors and more in the fitness, fashion and beauty industries.

MY AAA was born out of a desire to improve social media. It’s an ad-free experience where creators don’t have to promote fake products to subsidize their income, and somewhere they aren’t subject to abuse from trolls as the only comments and feedback come from a paying public. Instead, they can focus on what they’re good at: creating content and making real connections with their audiences in an economy that Forbes recently valued at over $ 100 billion.

Tyson comments, “Mental health is very important to me and I have expressed my concerns quite openly about existing social media platforms. When this project came along, it seemed like the perfect way for me to have an enjoyable social media experience with my REAL supporters. I know this is something that a lot of people like me will really benefit from.

The directors of MY AAA added, “With all of the recent documented trollings and abuses on social media, it was really important for us to make this experience an enjoyable one for the creators of the platform. It’s social media without nonsense. Having millions of followers on Instagram is great, but you are at the mercy of the platform and you can’t really control your audience’s experience. You can with AAA.